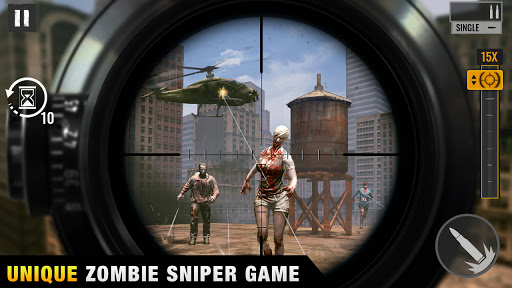 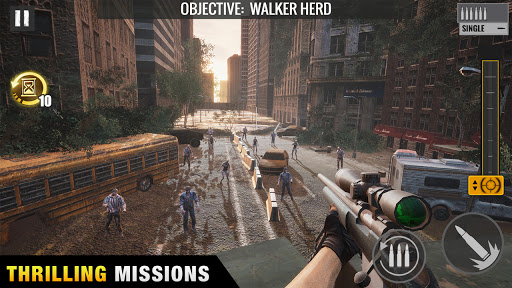 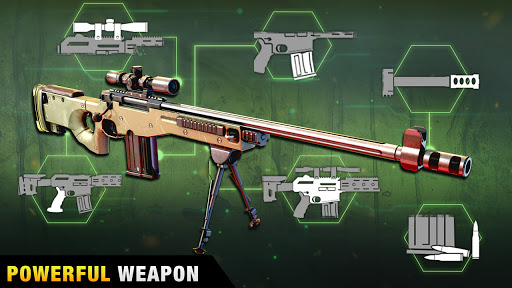 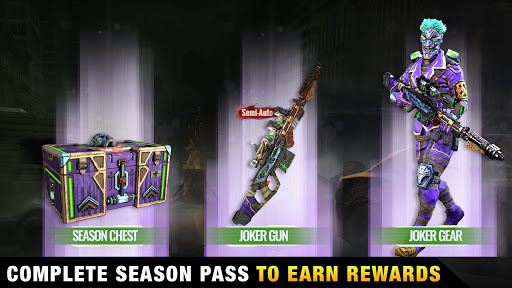 Get ready for a new stunning zombie shooting games, the amazing combination of zombie games and sniper games. Let’s grab the gun, shoot all undead and be the best sharpshooter!

THRILING SNIPER GAMES
You will become a shooter and protect others who are completing their missions in this zombie games. Your duty is eliminate the dead target and protect our comrades. Zombies are coming very close to the frontier. Keep your finger on the trigger. Aim & kill them with one shot in shooting zombies offline!

Want to become the world’s top hitman? Response to the call of mission: strike down mad zombies with those strong guns in this breath-taking sniper games offline.

FREE SNIPER GAMES OFFLINE
This sniper games is the one of the free offline games that you should try: no Wi-Fi needed! You can play this zombie games offline whenever you want. That makes this SNIPER ZOMBIES become a great time killer game for your mobile or tablet. If you are a fan of not only zombie games but also sniper games offline, we got what you need.

REALISTIC ZOMBIE SHOOTING GAMES
Kill all dead, bandit and crime with your powerful rifle, turn yourself in to the best zombie shooter in offline sniper games. Receive the rewards whenever you complete a mission to unlock or upgrade your gun weapons in this zombie games 3D.

The rewards for daily missions in this zombie games are very valuable, don’t miss a chance to earn them. You can try dozens of weapons everyday in this sniper games offline and complete different missions.

STUNNING ZOMBIE GAMES 3D GRAPHICS
This offline games provides tons of realistic actions and insane graphics that you can’t experience in other zombie shooting games! This offline games with very huge maps, tons of zombie models and rifle will give you a feeling that other zombie games can not. This zombie offline shooter is full of evil action!

ONLINE SNIPER GAMES – PVP BATTLE MODE
Prepare to fight against other sharpshooter in sniper games – online PVP mode. Turn yourself to be the best hitman hunter before you are hunted. Find your target in the battle. Take aim & strike down enemies to be the top sniper shooter.

The difference between Sniper Zombie and other offline games is the way you will be thrown into gruesome world of the zombie apocalypse. You need to protect your arena and people from a virus. Each day could be your last day on earth, you have to strike down the dead with perfect shot. Don’t hesitate to be the top assassin in ultimate offline sniper games.